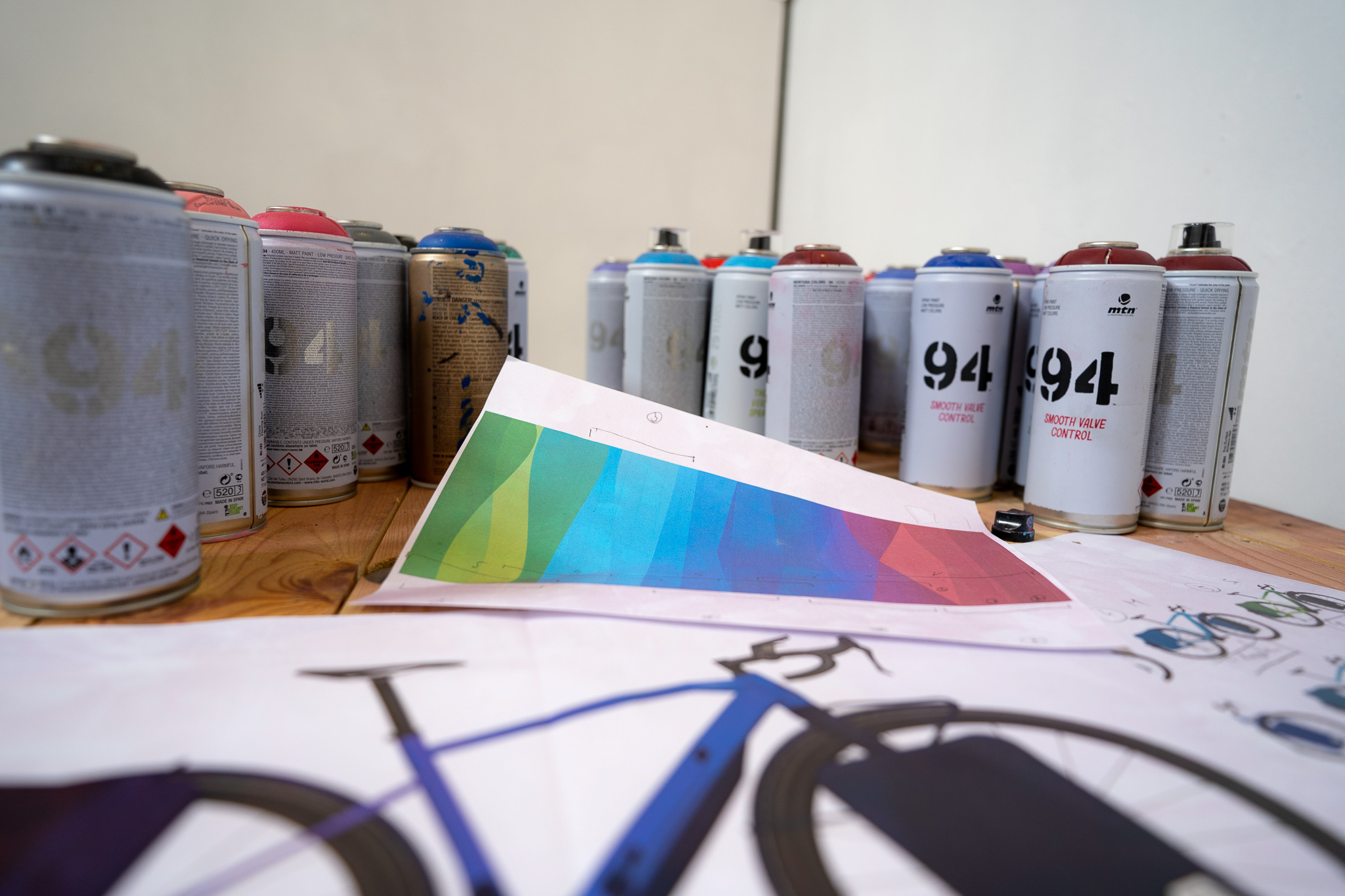 The story of Bosch-Moustache : “10 years of a strong partnership..."

… 10 years of collaboration between Moustache and Bosch, a story based on common values and shared beliefs.

More than just a supplier, our relationship with Bosch eBike Systems is a true partnership in which the people play a major role.

Bosch was able to give us a chance 10 years ago, when Moustache was still a two-person start-up company and couldn’t reach the minimum order quantity. Already believing in our project, the Bosch team stood by us from the beginning and since then, our two brands have continued to grow and innovate together.

To celebrate the motorist’s anniversary, a contest inviting bicycle manufacturers was launched. The idea was to submit innovative proposals to create an ultra-limited series of anniversary bikes, based on 3 different themes:
“Future Design“, “Unique Character” and “Bosch Heritage“.

The Moustache adventure is intimately linked to our encounter with Bosch eBike. They agreed with our market and product vision and we were in line with their company’s values. At that time our two brands said “yes” to each other; of course we did not get married but we gained the right to become a customer! :-{D

How did this artistic project idea come up?

Bosch had sound us out 2 years ago asking us what our interpretation of an anniversary-bike would be to celebrate their 10th anniversary. After some thoughts about building a “concept bike”, we finally asked ourselves what these 10 years spent with our motorist partner meant. We wanted a project based on a series of several bikes to celebrate these years alongside Bosch. It was an opportunity to highlight the special bond we have with them.

Where did your inspiration come from?

The idea for the concept came up from a questionning about the symbolism of our relationship with Bosch, we asked ourselves: “What do these 10 years together mean for us?”. At this moment, Greg and I remembered an inspiring project done by Aline Goldstein – our technical contact within the German brand at the time – she had ridden from Mondeville (where the first developments of Bosch eBike began in France) to Reutligen (Bosch’s headquarters in Germany), passing through Rambervillers, our hometown where it all started for us with Moustache! It was during an Eurobike show (international trade fair for cycling professionals – abr), that we came across the video without knowing it, indeed we recongnized our local roads on the screen!
Thus we decided to make a bike to recreate this same symbolic journey on our own. That’s why we started with a Friday 28.7. This bike is our adventurous, light, sporty and equipped road bike, ideal for this kind of long-distance touring. The plan was to make an ultra limited edition, so we ended up producing 10 bikes, in case people would join us on the trip. And also the idea is to raise money for charity by putting the bikes out for auction.

Why did you call on two artists: Vince and Sakew?

We wanted to built these bikes as a tribute to Aline’s trip and we needed to make them unique. That’s the reason why Vincent and Loïck (aka Vince & Sakew) stepped in. Vince had already made a series of paintings to illustrate our Season 9 and the result was awsome! 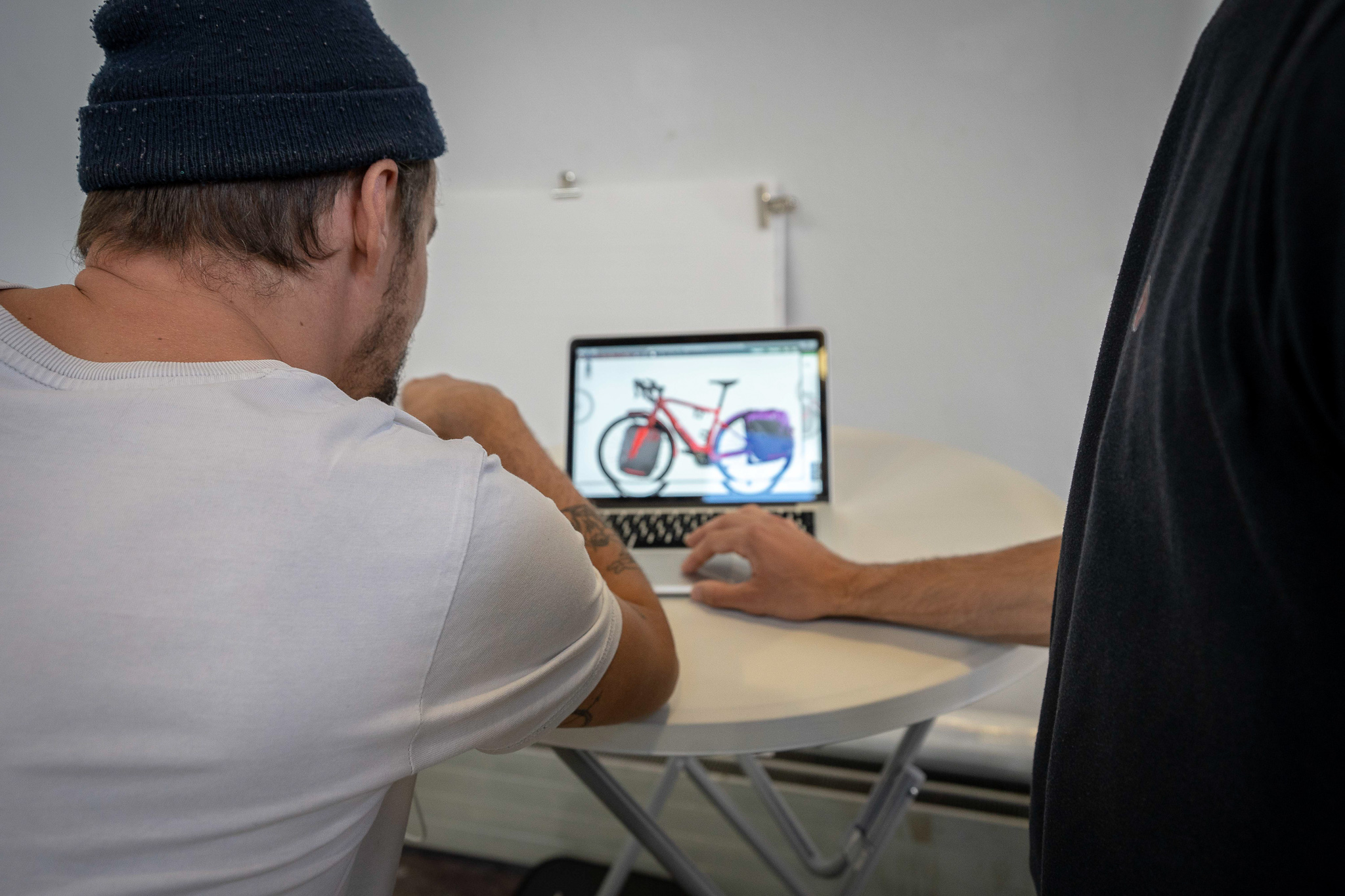 At Moustache we like to think “out of the frame” and we are very attached to our Vosgian roots. As partners of the local association La Lune en Parachute which promotes contemporary art in Épinal, Manu and Greg are committed to make arts & culture accessible to everyone, regardless of age or background: it is with this aim in mind that Moustache has been supporting the “Art bus” concept for many years.

Cycling is omnipresent and part of our daily life, but we also attach great importance to the things surrounding us and the projects we are interested in. We seek inspiration and we cultivate difference, so it’s no coincidence that a Moustache bike is so easily recognizable ;-{D 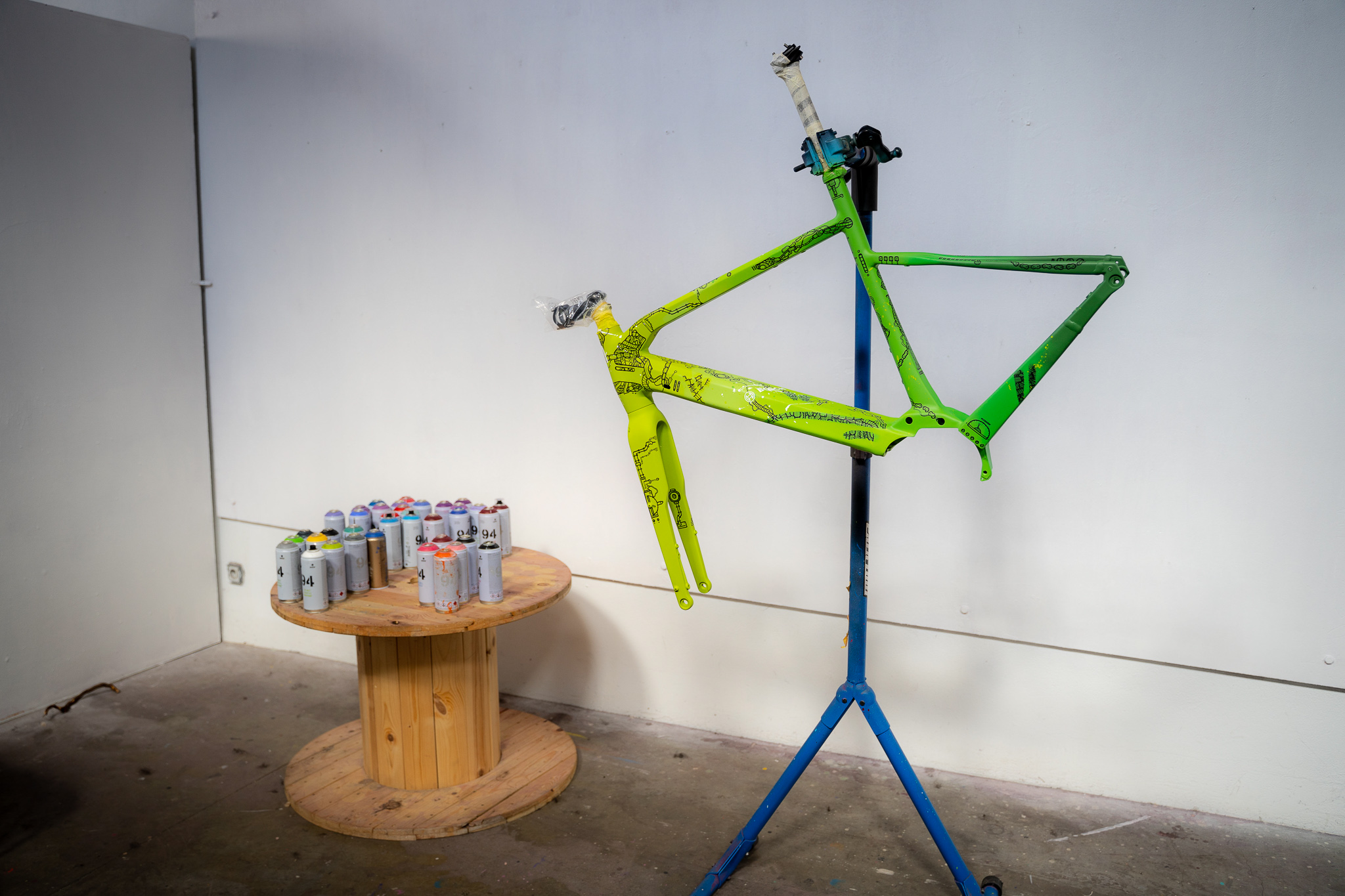 Both native from les Vosges in France, they are two self-taught artists whose creative universes come from the street. Mixing styles and inspirations, they have a wide technical and artistic palette. Good friends in life, they often collaborate on common projects, combining their respective universes.

Can you tell us about the graphic concept of these bikes?

From the beginning we knew where we wanted to go, the idea was to have a project where our two worlds would come together. We made a very colourful first version inspired by graffiti, that was perhaps a little too flashy! After discussing further with Moustache on the thread of the project, we decided to merge the graffiti universe with Bosch’s “Supergraphic”. The drawings on the frames are inspired by the bicycle mechanics, which is specific to Loïc’s (Sakew) universe with lots of details.

*Iconic graphism representing Bosch’s values : quality, global partnership, fascinating products and responsability. The supergraphic features the new range of colors. This is based on the colors used within the Bosch group to date: red, blue, light blue, and green.

Have you ever painted bicycle frames before?

Manu and Greg had already contacted us some time ago with the idea of making custom bikes for charity, but the project did not get off the ground. So it was a first for us!

What are the specificities of painting frames?

The challenge was to obtain a clean final rendering despite the angular shapes of the frame. It is more difficult to achieve geometric shapes on a tubular base. On the other hand, these bikes are artworks that live, so we had to make something aesthetic but also sustainable over time. Thus people can take their bikes to ride everyday. 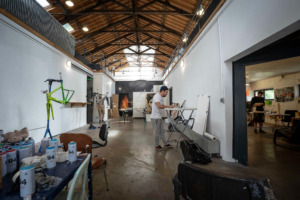 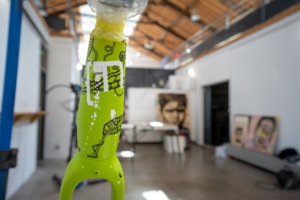 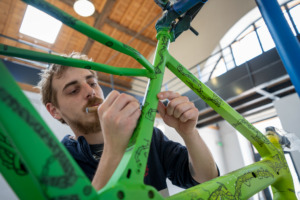 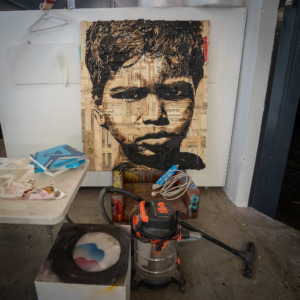 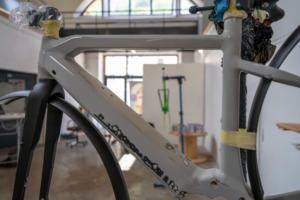 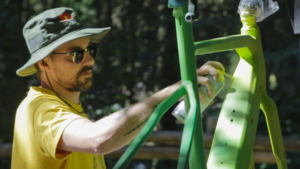 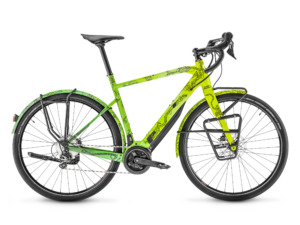 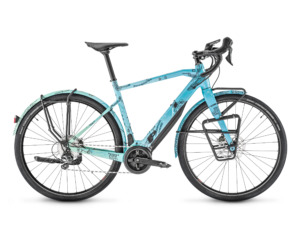 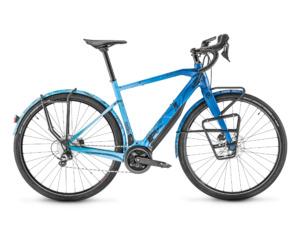 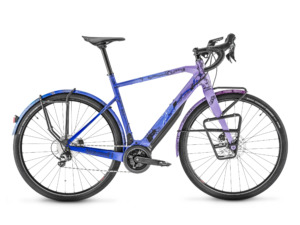 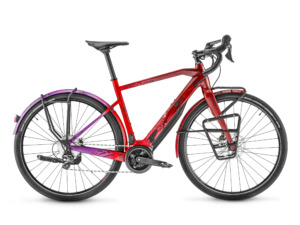